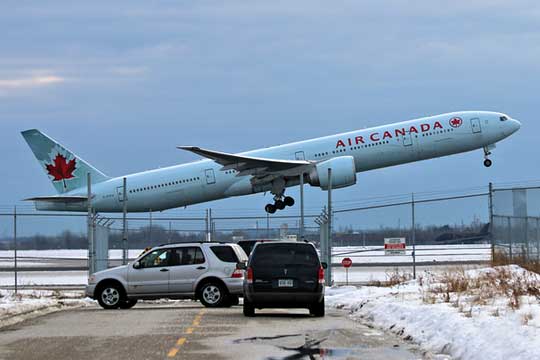 Boeing 787-9   Tickets go on sale December 9, 2014
The new route, the first to be dedicated for Air Canada's Boeing 787-9 series aircraft, will open new opportunities in the Indian subcontinent, currently the largest international market not served by Air Canada.

"Air Canada's strategy to grow its Toronto Pearson hub and international presence is taking a major step forward with the addition of Delhi to our extensive global network. We will be offering the only non-stop flight from Canada to India using our newest Boeing 787 Dreamliners, which are revolutionizing long-haul air travel.

"The operating economics of these new aircraft make this service feasible and it will be the first route dedicated to the larger, 787-9 version of this aircraft, which begin entering our fleet in 2015," said Calin Rovinescu, President and Chief Executive Officer of Air Canada.

"This service will appeal both to customers visiting and doing business in Delhi, the capital region of India and the fourth most populous urban area in the world, and to those customers making onward connections within India and throughout Southeast Asia on our Star Alliance partner, Air India, or other interline partners," said Mr. Rovinescu.

Tickets go on sale December 9, 2014 and the service will operate four-times-weekly beginning November 1, 2015 using a Boeing 787 Dreamliner featuring Air Canada's award-winning, three-cabin service, including the next generation lie-flat seat in International Business Class, a Premium Economy cabin, and enhanced seatback In-Flight Entertainment system available at every seat throughout the aircraft.