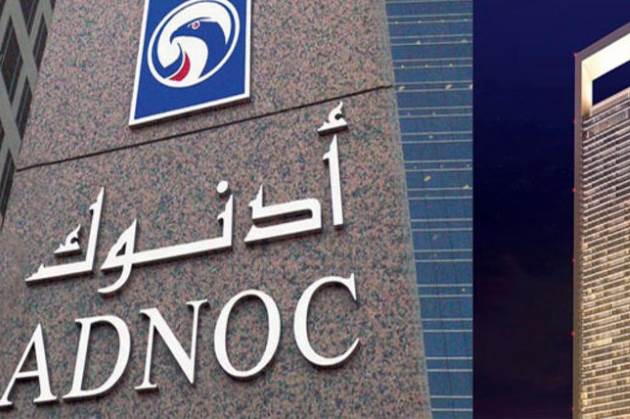 Oil production   India’s energy demand is forecast to grow
This came during a meeting between the two sides following a joint workshop organised by the Abu Dhabi National Oil Company (ADNOC) and the Indian Ministry of Petroleum and Natural Gas on expanding investments and partnerships in the oil and gas industry, in both the UAE and India.

H.E. Dr Al Jaber said: "India is an important market for ADNOC and we are keen to explore mutually beneficial investment and partnership opportunities, across the full value chain in both the UAE and India.

"In particular, we see new opportunities for potential partners to invest, alongside us, in creating value from the UAE’s hydrocarbon resources.

"At the same time, we wish to support India in meeting its rapidly growing demand for crude oil, refined and petrochemical products through targeted investments in the Indian Downstream sector, as part of our international growth strategy."

The one-day workshop was attended by ADNOC’s leadership team and senior representatives of India’s oil and gas industry.

Among those present were executives from the ONGC-led consortium which was awarded a 10 percent stake in Abu Dhabi’s Lower Zakum concession area in February and the Indian Strategic Petroleum Reserves Ltd (ISPRL), an Indian government-owned company mandated to store crude oil for strategic needs.

At the workshop, the ADNOC team detailed the investment and partnership opportunities in ADNOC’s operations, in particular the recently announced offshore and onshore exploration and production licenses, which, for the first time, have been opened for competitive bidding, and ADNOC’s downstream expansion plans.

Opportunities for collaboration between ADNOC and India’s growing refining sector were also explored, as well as possible expansion of ADNOC’s relationship with ISPRL and the long-term supply of ADNOC crude oil and petrochemicals within India and petroleum products marketing and retail.

Pradhan said: "The UAE has been an important partner in India's energy security and ADNOC has played a key role in this. This year has been particularly remarkable with ADNOC has starting to fill up the Mangalore Strategic Cavern last month.

"ADNOC has provided an upstream foothold to Indian companies in the Gulf region. This mutually advantageous relationship has immense potential which we tried to explore during the company level workshops today and the high-level government meetings."

Common economic objectives underpin India-UAE relations. Since the 1980s, bilateral trade between the two countries has soared from $182 million to some $53 billion annually, of which $18 billion is oil related. By 2020 bilateral trade between the two countries is forecast to reach $100 billion as India’s economy gathers momentum.

Meanwhile, India’s energy demand is forecast to grow by more than any other country in the period to 2040, propelled by an economy that will expand more than five-times its current size and by population growth that will make it the world’s most populous country.

Indian energy consumption is expected to more than double by 2040, accounting for 25 percent of the rise in global energy, and the largest absolute growth in oil consumption. Today, India is 82-percent dependent on imports to meet its crude oil needs, eight percent of which is supplied by the UAE. ■

Lithuania industrial production growth picks up pace in May