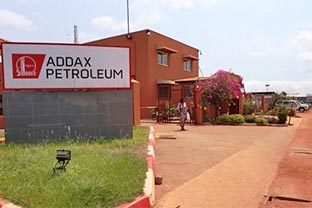 Addax Petroleum Corp, the biggest overseas subsidiary of Sinopec Group, has won a 10-year contract to extract oil at three fields in Gabon.


At peak production, the company will account for about 20,000 barrels a day, or nearly one-eighth of the African country's oil output.

"We have concluded negotiations in a mutually beneficial way, and I think this is a sign that our performance has been recognized and Chinese investors have been welcomed by the Gabonese Republic," said Zhang Yi, chief executive officer of Addax Petroleum, reports China Daily. He said the production-sharing agreement was reached on Jan 14 after a year of negotiations. The contract covers three oil fields: Tsiengui, Obangue and Autour.

The total output from the three fields will surpass 1 million metric tons. Addax Petroleum accounts for nearly one-third of Sinopec's overseas output. Geneva-based Addax Petroleum was acquired by Sinopec five years ago. Its strategic focus is on Africa, the Middle East and the North Sea. In Africa, its major operations are in Nigeria, Cameroon and Gabon, though it's seeking to expand in other countries. ■