Vietnam to pay for fish contaminated by Formosa pollution

Staff Writer | November 7, 2016
The Government is preparing a financial support plan for traders and fishermen who could not sell frozen fish due to the toxic spill from the Formosa steel plant off the coast of four Central provinces. 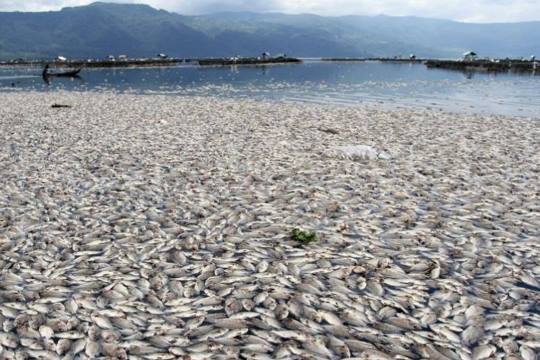 Fish in Vietnam   The toxic spill from the steel plant
According to a Governmental announcement, the decision was made at a meeting with Deputy Prime Minister Trương Hòa Bình in Hà Tĩnh Province late last month.

Formosa caused the environmental disaster in April. Fishermen in the region continued fishing and stored their catch in warehouse freezers, but almost every sample taken showed chemical contamination.

Under the scheme, traders and fishermen of Hà Tĩnh, Quảng Bình, Quảng Trị and Thua Thien-Hue provinces will be reimbursed for the price the frozen fish could have fetched at market and for the cost of warehousing and electricity.

The Government will also help market the frozen packages that tested negative for chemical contamination. The ministries of agriculture and rural development, finance, industry and trade, natural resources and environment will be involved in the scheme. ■