Christian Fernsby ▼ | July 24, 2020
The Food and Agriculture Organization of the United Nations (FAO) welcomed a £ 17 million contribution from the United Kingdom to support efforts to combat the ongoing desert locust surge in East Africa and its potentially devastating impacts. 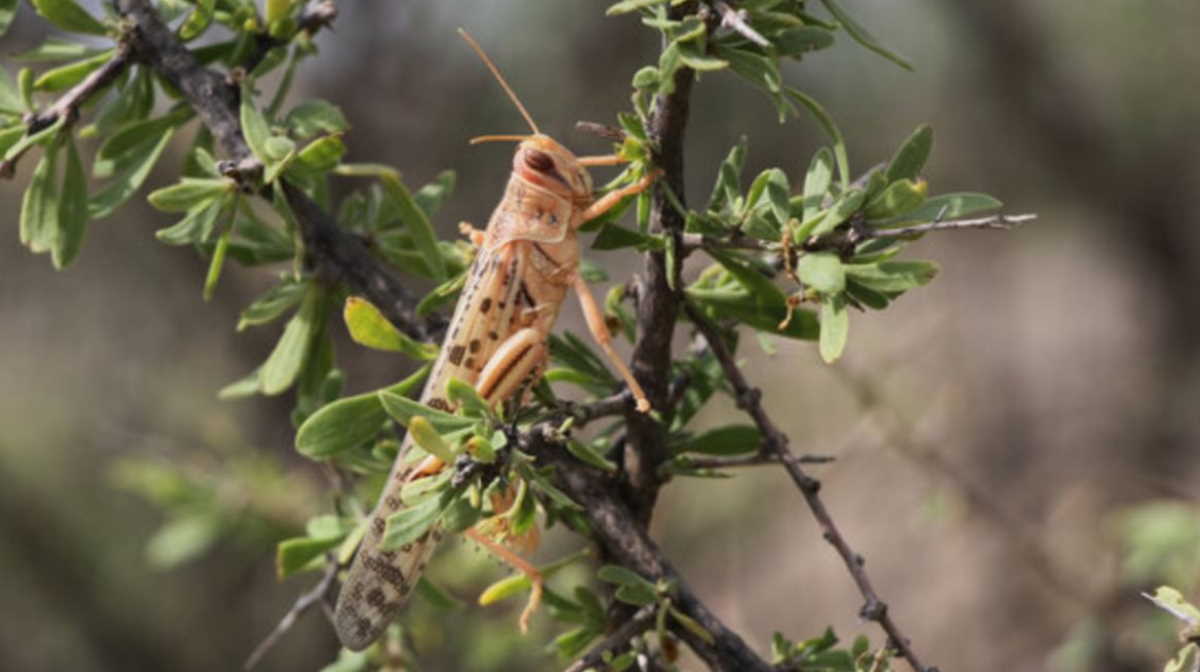 FAO   Desert locust Iran
"We are once again grateful to the United Kingdom for their consistent support, which will go far helping to safeguard the food security and livelihoods of vulnerable farmers and their families in Africa and Asia threatened by desert locust," said FAO Director-General QU Dongyu.

The funds come via the United Kingdom's Department for International Development (DFID) and are in addition to a previous contribution of £ 8 million donated earlier this year for the desert locust appeal.

The contribution from the United Kingdom will scale up ongoing efforts in East Africa, Yemen and Southwest Asia. DFID today also announced an additional £ 1 million which will be dedicated to supporting several institutions, including the University of Cambridge to establish tools, technologies and partnerships needed for effective pest surveillance, forecasting and early warning activities.

FAO is augmenting governments and other partners' capacities in affected countries with surveillance and coordination, technical advice, supplies and equipment. The UN agency is also providing farmers with livelihood packages, assuring veterinary care and feed for vegetation-starved livestock, and assisting families who have lost their crops with cash and farming inputs so they put food on the table.

With just a 1 km2 swarm able to consume the same amount of food in one day as 35 000 people, the pest poses an unprecedented threat to the immediate food security and longer-term resilience of millions of vulnerable famers and pastoralists.

Much progress made, but serious risks remain

With FAO's support, 1.3 million tonnes of crops have been protected - enough to feed nearly 9 million people for an entire year. Yet the surge shows no sign of slowing across the Horn of Africa, and in fact may be increasing in Southwest Asia.

According to the Organization's desert locust hub, there is still a serious risk of swarms migrating from the Horn of Africa to West Africa, India and Pakistan. Heavy spring rains across most of East Africa only led to better breeding conditions for the most destructive migratory pest in the world, with the next generation swarms potentially even larger than the ones we are grappling with now.

These operations must be maintained to avert a potential humanitarian crisis from unfolding in the region: prior to the arrival of the locusts and the COVID-19 pandemic, some 25 million people were already facing acute hunger in Eastern Africa in 2020, according to the recent Global Report on Food Crises. An additional 17 million people in Yemen were in the same situation.

Funding the fight against desert locust

FAO's latest desert locust appeal is for $ 311.6 million to deal with the expansion of the upsurge, covering the Greater Horn of Africa, Yemen, West Africa, the Sahel and Southwest Asia. So far, $ 182 million have been received or committed to the appeal. This leaves a gap of $ 129.6 million.

If the appeal is not fully funded, control efforts could slow or cease entirely by late September/October. This could lead to the numbers of the crop-devouring pest soaring again, further endangering millions of rural livelihoods. Vulnerable families need support, and to do so national capacities in monitoring and responding to desert locust must also be strengthened.

In addition to the renewed support from the United Kingdom, contributions have also been received from Belgium, Canada, China, Denmark, France, Germany, Italy, the Netherlands, Norway, the Republic of Korea, the Russian Federation, Saudi Arabia, Sweden, Switzerland, the United Arab Emirates, the United States of America, the African Development Bank, the Africa Solidarity Trust Fund, the Bill and Melinda Gates Foundation, the UN Central Emergency Response Fund (CERF), the UN's Office for the Coordination of Humanitarian Affairs (OCHA), the European Union, the Louis Dreyfus Foundation, the Mastercard Foundation and the World Bank Group. ■