Christian Fernsby ▼ | February 28, 2020
Uganda has launched aerial pesticide spraying to fight off an invasion of desert locusts in the northern and eastern part of the east African country, a military spokesperson said. 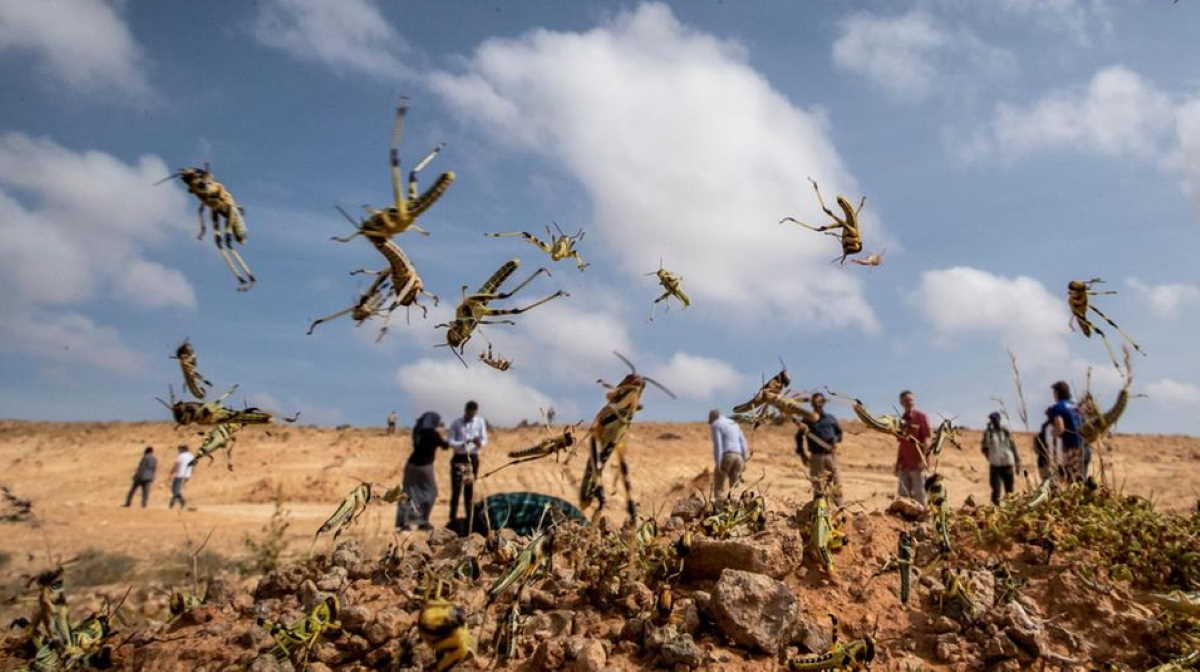 Food in Uganda   Uganda locusts
Maj. Telesphor Turyamumanya, third division army spokesperson told Xinhua by telephone that a specialized helicopter from the Desert Locust Control Organization for Eastern Africa has been deployed to spray pesticides on the destructive swarms of insects in 23 affected districts.

"So far we have one specialized helicopter for spraying purposes of the locusts. It goes to wherever the locusts are sighted," said Turyamumanya.

The spokesperson said the Ugandan military has also deployed helicopters for airlifting troops involved in the hunt of the locusts.

"Our helicopters are there to facilitate the military (personnel) on mobility and quick reaction purposes. They transport our troops to new locations where these locusts are sighted and airlifting pesticides," said Turyamumanya.

At least over 2,000 army and civilian personnel have been deployed in the affected regions to also spray the locusts.

Uganda last experienced a major locust invasion 70 years ago, which caused immense damage on crops, according to the agriculture ministry. ■