Staff Writer | July 10, 2017
Missouri joined Arkansas on Friday in banning the use and sale of the weed killer dicamba after a rise in complaints that the agricultural chemical is drifting into neighboring fields and damaging crops, the states agriculture departments said. 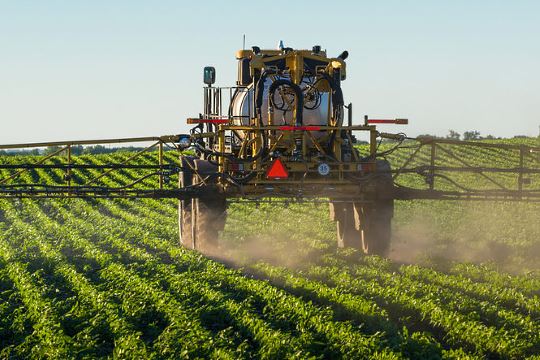 America   Damaging crops
Dicamba use and complaints about its use have spiked in the past two years in the United States.

More farmers are spraying it to control hard-to-kill weeds in fields planted with crops bioengineered to survive the chemical, which is produced by Monsanto Co, Germany's BASF and others.

The bans are the latest regulatory setback for Monsanto, which sells dicamba-tolerant crop seeds and licenses the biotech traits to other seedmakers.

Officials in California announced last week that the company's flagship herbicide glyphosate would be labeled as a probable carcinogen in the state.

"Based on feedback and research, the Department of Agriculture is going to hit the pause button on all dicamba products," Missouri Director of Agriculture Chris Chinn said in a statement.

Distributors are not allowed to sell it and farmers cannot apply it, effective immediately, but the state will work with industry to develop new handling guidelines as soon as possible, she said.

Missouri has received more than 130 complaints of pesticide drift this year believed to be caused by dicamba, the Missouri Department of Agriculture said. ■

Construction prices for residential buildings in Germany up 2.8%