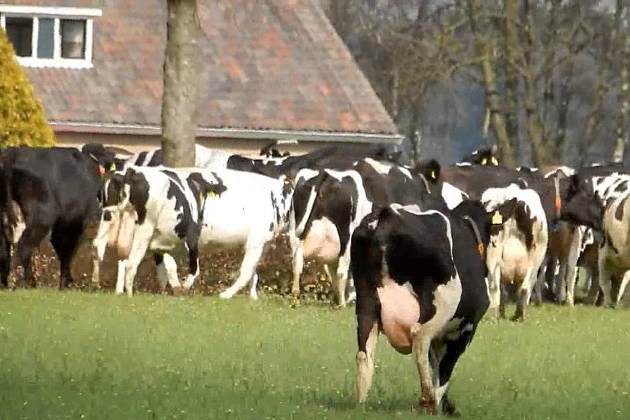 Europe   There were nearly 4 million head of cattle in the Netherlands
The number of goats increased by 12 percent while sheep numbers remained more or less stable. These are provisional figures taken from the Agricultural Census 2018, conducted by Statistics Netherlands (CBS).

The cattle population grew mainly between 2014 and 2016 after the phasing out of milk quotas.

Due to a sharp increase in the number of dairy cows, phosphate production exceeded the national ceiling. In 2017, the Phosphate Reduction Plan came into force in the Dutch dairy farming sector.

Farmers had to reduce the size of their dairy herds, putting a halt to the rising livestock population. Due to a further decrease in 2018, the cattle population dropped to below 4 million for the first time since 2013.

On 1 April, there were 1.63 million dairy cows in the Netherlands, i.e. a decrease by over 64 thousand (4 percent) compared to one year previously. Dairy farmers mainly reduced the herd of young cattle, by 162 thousand (14 percent). These young bovines are reared to become dairy cattle.

The number of veal calves reached a record high in 2018. It stood at 1 million for the first time, more than 47 thousand (5 percent) up on last year. Both rosé veal calves and white veal calves increased in number, by 3 and 6 percent respectively.

The number of goats rose by over 64 thousand (12 percent) to over 597 thousand within one year, 45 percent up compared to five years ago. After some years of decline, the sheep population increased slightly again in 2017.

The number of pigs at Dutch farm holdings has barely increased in recent years: up by 2 percent compared to 2013. Last year, it went up by 1 percent to more than 12.5 million pigs. ■