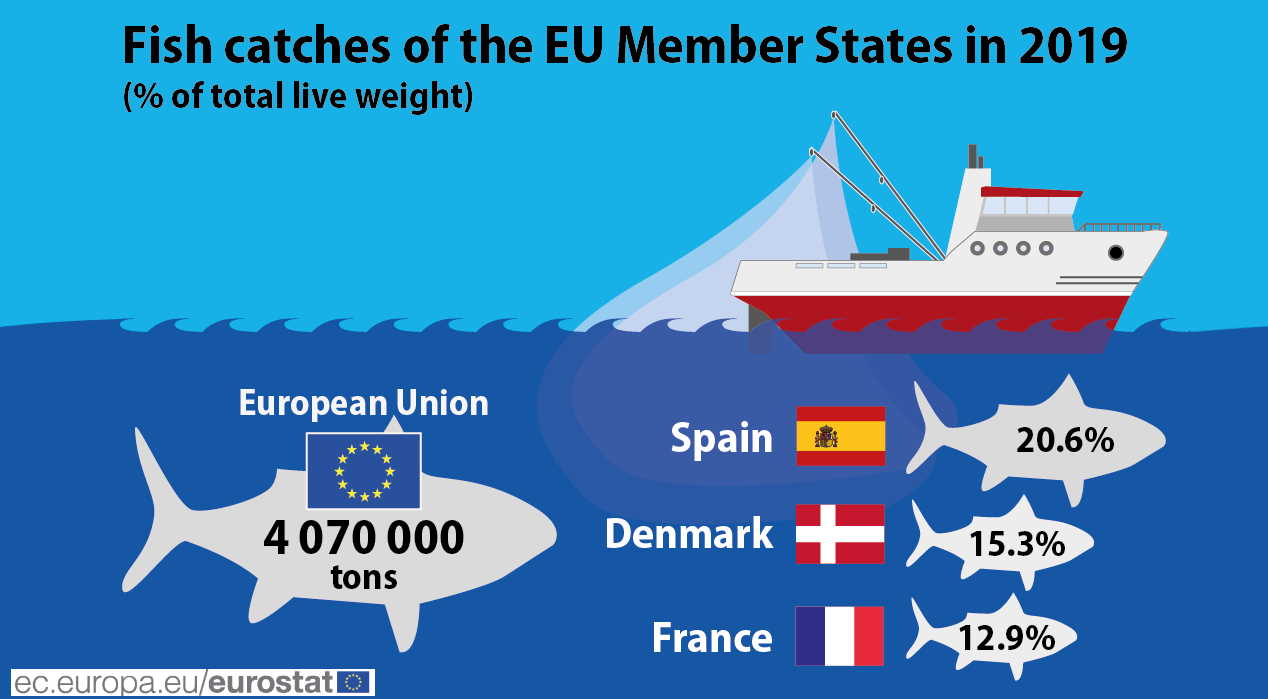 About one fifth of the EU’s total live weight catch in this area was made by the fishing fleet of Denmark (22%), with a further one quarter coming from the combined catches of France (14%) and the Netherlands (11%).

About 11% of the total EU catch was taken in the Mediterranean and Black Sea, the key species caught being sardines (24%) and anchovies (17%). Two-fifths of the total EU catch in this region was made by Italy (40%), with Greece (19%), Spain (17%) and Croatia (15%) accounting for the vast majority of the rest.

About 7% of the total EU catch was taken in the Atlantic, Eastern Central area. The main catches in this area were skipjack (20%) and yellowfin tuna (17%), sardines (14%) and mackerel (13%). Among Member States, Spain (37%) and Lithuania (21%) accounted for the majority of catches, with much of the rest being made by the fleets of France and Latvia.

Almost 7% of the total EU catch was taken in the Indian Ocean, Western area. Fishing here was focussed on tuna; 96% of the total live-weight caught by the EU fishing fleet was tuna, particularly skipjack, yellowfin and bigeye. More than two-thirds of the EU total catch was by Spain (70%), and most of the rest by France (27%).

Government of Mexico promises to recover jobs lost by coronavirus

Mutated variety of coronavirus found in Danish mink
Seasonal workers arriving in England will be able to work as soon as they arrive
Nicaragua, Costa Rica sign labor deal on coffee
Hong Kong suspends import of poultry meat and products from Kagawa Prefecture in Japan