Christian Fernsby ▼ | September 9, 2020
The USDA and other federal agencies are investigating unsolicited packages of seeds received in the mail by citizens around the country, including numerous ones in Georgia, and has identified several of the seeds by plant. 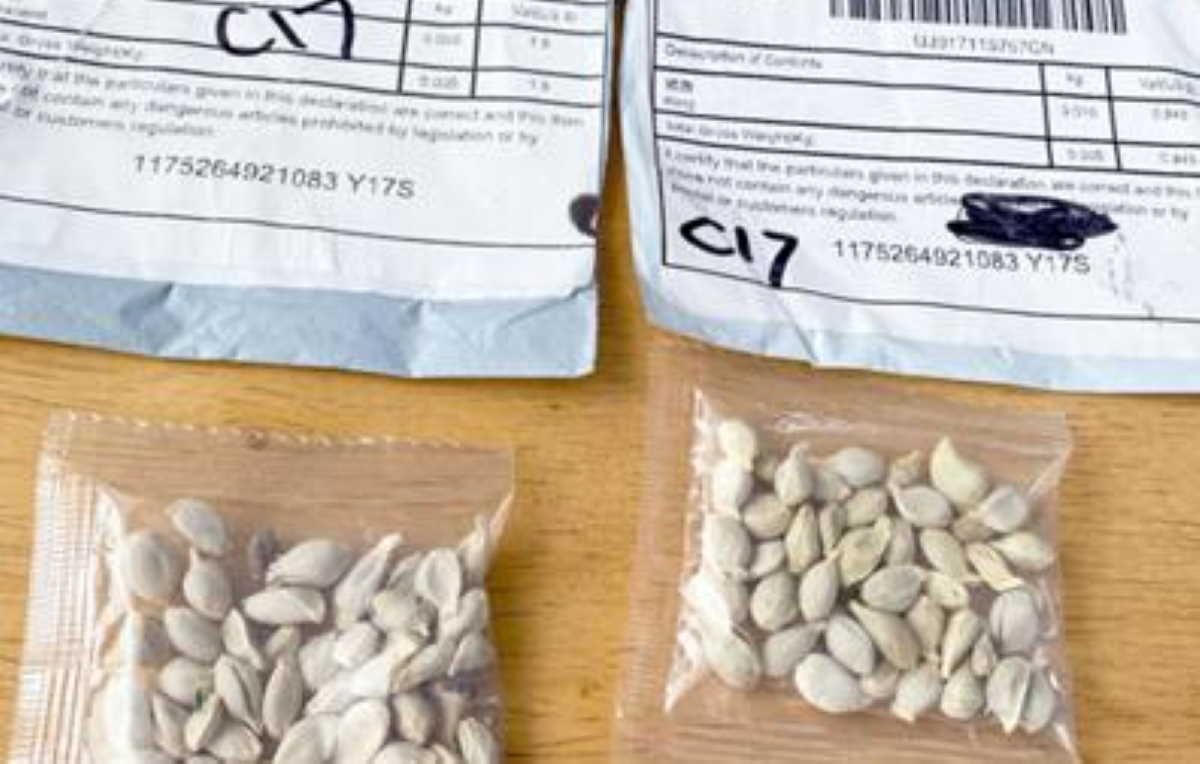 According to Georgia Department of Agriculture (GDA) officials, almost 1,000 Georgia residents have reported receiving the seeds. GDA is advising people not to open the packages or plant the seeds.

The USDA is asking those who receive the seeds in the mail to send them to USDA APHIS PPQ, Attn: SITC Officer, 1220 Toffie Terrace, Atlanta, GA 30354.

The USDA’s Animal and Plant Health Information Service (APHIS) has identified at least 14 seed species in the packages, according to published reports. Among the identified species were seeds for mustard, cabbage, morning glory, mint, sage, rosemary, lavender, hibiscus and roses.

The USDA said there is no reason to believe the seeds are anything other than a “brushing” scam, where people receive unsolicited items from a seller, who then posts fabricated customer reviews to boost sales.

Reports of the seed packets began surfacing across the U.S. the week of July 27. Chinese writing on the packets led to speculation that the seeds had been shipped from China. ■