Staff Writer | November 6, 2017
Private exporters reported, for a second consecutive day, a large export sale of U.S. corn in one day for delivery to Mexico during the 2017-18 marketing year (September-August), the U.S. Department of Agriculture said. 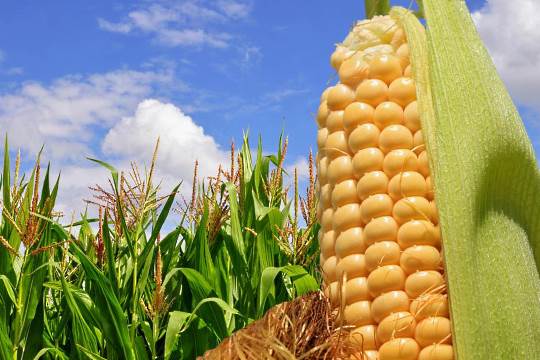 Food trade   Corn is the primary feedstock for ethanol production
This second large export sale of U.S. corn in one day for delivery to Mexico was for 102,400 mt.

Mexico has been the main buyer of US corn so far during the 2017-18 marketing year, buying 7.178 million mt, of which 2.355 million mt has already been shipped, according to USDA's last weekly export sales report released Thursday.

Private exporters, also on Thursday, reported selling 135,000 mt of US corn in one day for delivery to South Korea during the current marketing year, the department said in the Friday statement.

Exporters are required to report to the USDA any U.S. export sales of 100,000 mt or more of a single agricultural commodity made in one day.

The agency does not disclose the identity of exporters reporting under this requirement.

Corn is the primary feedstock for ethanol production in the U.S. and is the main competitor for distillers' dried grains. ■

China to hit Australian barley with 80.5% tariffs from May 19
Turkey to expand apple exports to Thailand
Spain stops shipping mandarins and oranges to U.S.
Fisheries production in Philippines declines 3.2 percent in Q1