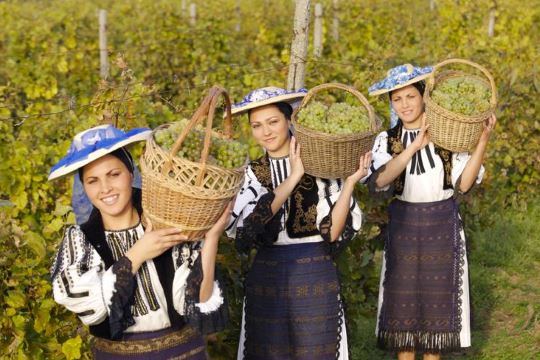 Romania   The 13th largest wine producer
The production in Romania is estimated to reach 4.8 million hectoliters in 2016, with an turnover of the industry that could exceed 723 million lei ($180.75 million), official Agerpres news agency reported, citing the survey of local financial services company KeysFin.

Last year, the turnover of the wine industry production was 680 million lei.

Romania has one of the oldest wine making traditions in the world, with its viticulture dating back more than 6,000 years. It is home to many local grape varieties such as Feteasca, Zghihara de Husi, Cramposia de Dragasani and Galbena de Odobesti.

For years, the country has maintained its 13th position in the world ranking of wine-producing countries, and the sixth in Europe.

Wine production worldwide is estimated at 259 million hectoliters in 2016, down five percent compared to that of 2015, as productions dropped in main wine countries as Italy and France, the International Organization of Vine and Wine announced in late October. ■