Staff Writer | December 5, 2017
Valentin Cucu announced his latest achievement: growing a plant from which he obtained both potato tubers and aubergines, writes Mediafax. 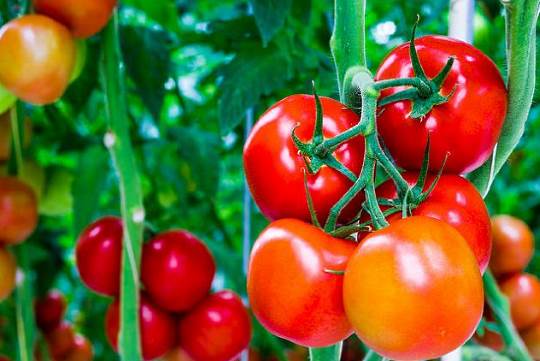 Food production   A more productive tomato variety
According to agrointel.ro, vegetable grower Valentin Cucu had already grafted the potato plant with tomatoes two years ago, obtaining both crops, and has now applied the same technique to aubergines.

The success was ensured by the fact that potatoes, tomatoes and aubergines all belong to the same family; that is, solanaceae.

The man from Neamt started testing these grafting techniques after reading about a British producer who had harvested potatoes and tomatoes from the same plant.

"In order to obtain potatoes in the ground and tomatoes on the surface, you need to graft. I saw on the internet some people trying to sell potato-tomato seeds, but in my experience, that is not possible," explains Valentin Cucu, a vegetable grower and conservationist of traditional vegetable seeds from Neamţ County, in Bălteştişti commune.

The vegetable grower said that the choice of varieties to be grafted is based on the results you want to obtain.