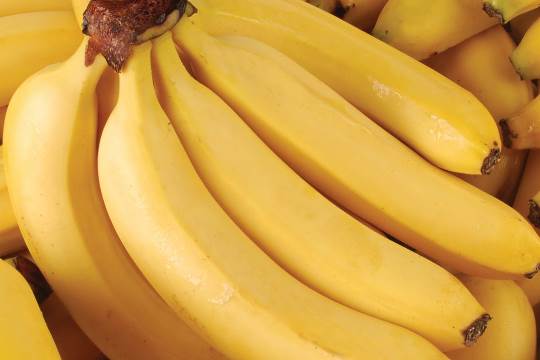 Food trade   5,000 small farms are dedicated to banana production
They fear that some pests that could cause serious problems to the country's banana production could enter Paraguay. According to Senave it's impossible to control everything.

Sebastián Fariña, a banana producer from the district of Tembiaporã, stated that, for the past few days, producers have been taking turns to stand guard at the Friendship Bridge (Paraguay-Brazil) to support the control task and avoid smuggling.

Thanks to this control, they have already prevented the entry of a large number of banana boxes of Brazilian origin and other products, such as tomatoes.

"It's only when the producers add pressure that we can decrease the contraband, if we do not press, there are no results," he stated, even though he admitted that they couldn't fight the smugglers by themselves.

He said that their greatest fear is that the smuggled bananas could have some pests that would also enter the country.

"If the contamination reaches the farms, we will lose the production, including the export quota to Argentina," he said, which would be a serious problem, as the livelihood of thousands of people depend on this sector. Some 5,000 small farms are dedicated to banana production in the departments of Caaguazu, and San Pedro, according to data from the sector.

Fariña said that exports to Argentina had ended in October and that now they were only supplying the local market. ■