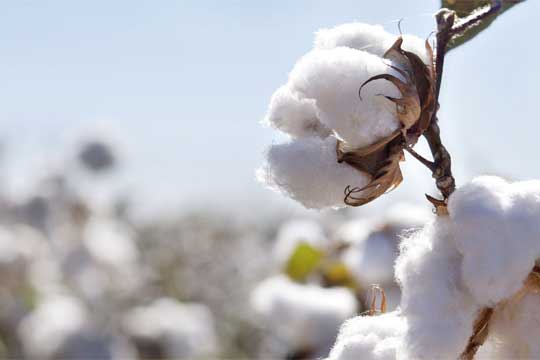 Pakistani farmers   The fourth largest cotton producer wants a fair game
“Problems of farmers in Pakistan and other developing countries cannot be resolved as long as our poor farmers are made to compete with heavily subsidized cotton from major players, we call for a swift and speedy action which allows our cotton growers along with our textile industry to fairly compete into the world market,” Pakistan’s Ambassador to the global trade body Tauqir Shah said while addressing the special session on cotton at WTO in Geneva.

“Cotton is the lifeline of Pakistan’s economy; we are fourth largest producer after China, India and U.S., and have third largest spinning capacity in Asia after China and India.

“Cotton and its value added products contribute approximately 57% of Pakistan’s annual exports earnings. Cotton provides livelihood to 1.5 million farming families and jobs to 40% of countries industrial labour force, and considerable number of them being women,” he said according to a message received from Geneva.

The ambassador contended that cotton producing areas are among the poorest in Pakistan; most of cotton growers are small farmers; Pakistan’s average farm size is 2.6 hectors, and 96% of its farms are less than 10 hectors.

After struggling for many years with adverse terms of trade and declining cotton prices, the life of cotton farmers has been further complicated by climate change and extreme weather conditions, floods, heavy rains and droughts in some areas, he said adding that this has resulted in 34% reduction in cotton production.

“A direct effect is the negative growth in agriculture and we missed our GDP growth target by 0.5% due to cotton crises.”

What is more worrying is that proportion of cotton produced through government assistance has increased in recent years.

The International Cotton Advisory Committee (ICAC) data shows that globally total subsidies to the cotton sector are estimated at a record $10.4 billion in 2014-15, up from a record of $6.5 billion in 2013-14. Furthermore, 76% of world production is under assistance.

Pakistani farmers growing without such subsidized assistance are facing income losses. These un-capped sky rocketing subsidies by major producers have loaded the dice against poor farmers from Pakistan and other developing countries. ■