Christian Fernsby ▼ | October 15, 2020
A dead spotted lanternfly (SLF), Lycorma delicatula, was found in a shipment of planters and ceramic pots sent to Oregon from Pennsylvania. 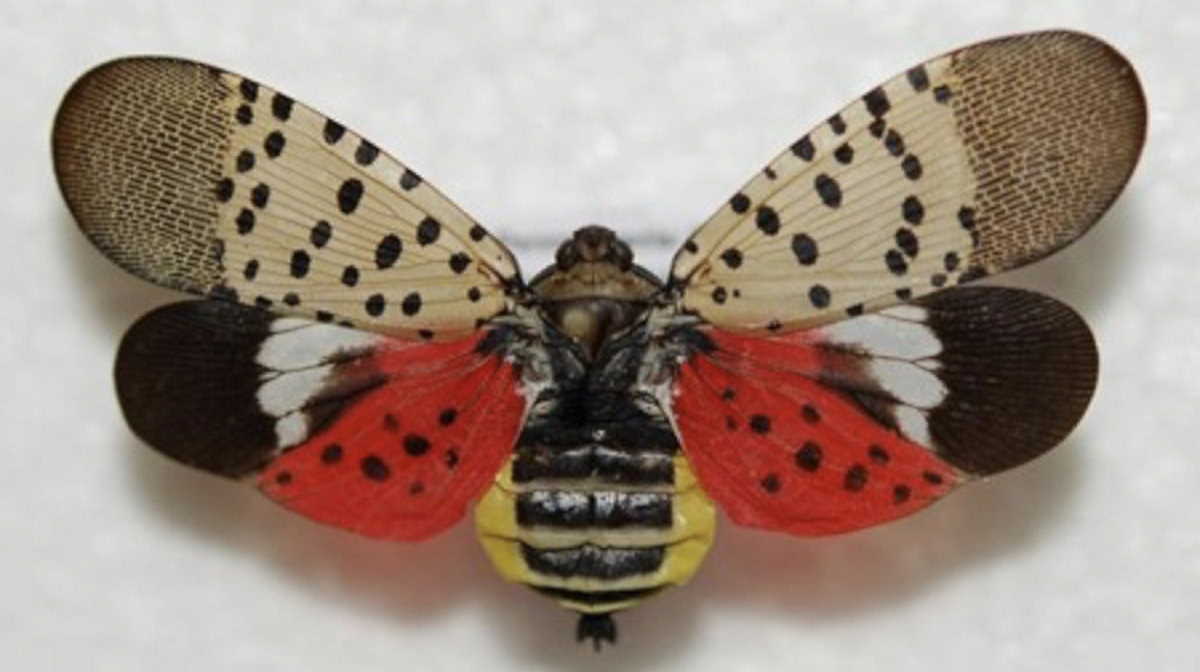 The SLF poses a threat to tree fruit and grape production. The SLF has also been reported as a serious pest of grapevines in Korea.

SLF was first found in North America in 2014, in Pennsylvania. It is believed to have arrived on shipments of stone from China.