Pangasius in Vietnamese must be farmed by U.S. rules

Staff Writer | July 8, 2016
New catfish inspection rules came into effect in March, transferring responsibility from the US Food and Drug Administration (USFDA) to the U.S. Department of Agriculture’s (USDA). 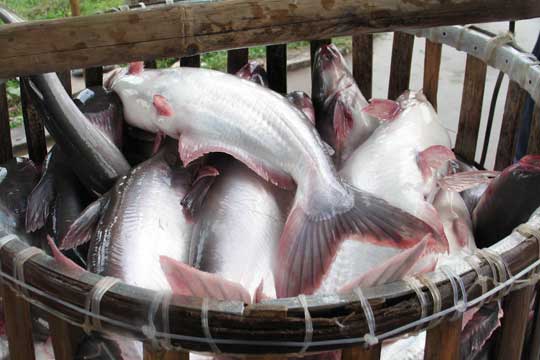 Fish rules   Pangasius must now be farmed and processed according to the U.S. rules
These rules have major implications for Vietnamese pangasius producers, processors and exporters.

Whereby the USFDA was concerned with food safety, pangasius must now be farmed and processed in Vietnam using the same methods and standards employed to farm channel catfish in the USA.

The new rules don’t just apply to pangasius from Vietnam, but to all catfish species imported into the USA. However, the USA is the number one market for Vietnamese pangasius, accounting for 2.4% of total exports in the first five months of this year. This is a rise of 12.9% compared with the same period last year and was worth $152 million according to the Vietnam Association of Seafood Exporters and Producers (VASEP).

Meeting the US standards will create a huge financial burden for Vietnamese exporters, according to Truong Dinh Hoe, VASEP’s general secretary, since there are huge differences between rearing, transporting and processing catfish in the USA, compared with Vietnam.

The fish are pond-raised in both countries, but in the USA the ponds are sporadically filled with well water, whereas in Vietnam the ponds are situated on the banks of the Mekong River and are continuously supplied with treated water from the river.

In the USA, catfish are fed an extruded pellet made from grain, but in Vietnam they are fed a less expensive diet manufactured mostly from soybeans.