Missouri issued first round of fines from 2016 Dicamba investigations

Staff Writer | December 27, 2017
The Missouri Department of Agriculture announced the first wave of civil penalties issued to applicators, all from Dunklin County, as a result of investigations of complaints during the 2016 growing season. 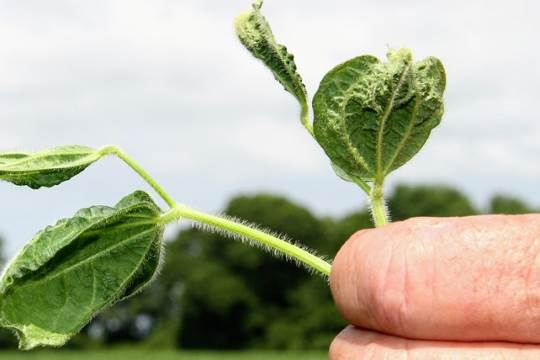 Investigations   All from Dunklin County
Civil penalties, ranging from $1,500 to $62,250, were issued for pesticide misuse (off label use and drift).

“It is important for appropriate enforcement action to be issued in order to deter off-label use and protect the integrity of agriculture,” Director of Agriculture Chris Chinn said.

“We are in the final stages of our case review of 2016 investigations and continuing our field investigations of 2017 complaints and will release information as cases close.”

In 2016, Department staff conducted and completed 121 complainant investigations. Those complainants named approximately 60 applicators, who were investigated as a result of complaints.

All civil penalties collected will be remitted to the school district where the violation occurred.

Federal partners continue their investigations of six applicators who have allegedly used Dicamba off label during the 2016 growing season, thereby impacting the Department’s investigative process.

Once the federal partners have completed their investigations, the Department intends to finalize enforcement action against the applicators. Those six applicators were named by 83 (of the 121) complainants.

The goal of Plant Industries Division’s Pesticide Program is to prevent unreasonable adverse effects of pesticide use on non-target crops and the environment while helping assure the availability of pesticides needed to produce and protect crops.

Turkey asks for complete removal of Russian tomato quota
Scotland’s shellfish growers got £800,000 from European Maritime Fisheries Fund
Export of Irish beef to China temporarily suspended
We have a lot of cattle in this country, says Trump