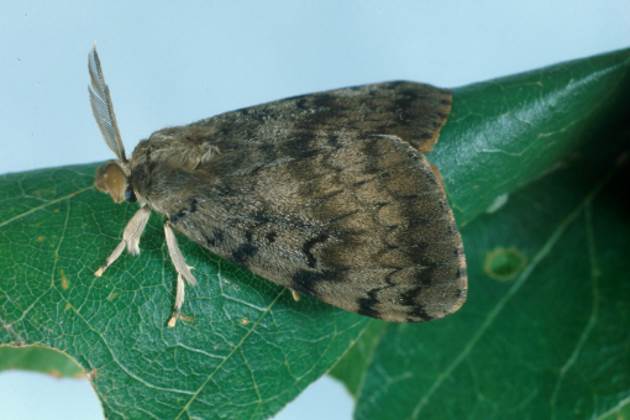 America   Gypsy moths have caused millions of dollars in damage
Last July, the MDA placed a quarantine on part of Minneapolis from Mt. Curve Avenue on the north to Franklin Avenue West on the south, and Irving Avenue South on the west to Dupont Avenue South on the east.

This was done in response to the discovery of an infestation of thousands of gypsy moths. A concerned resident in the area had contacted the MDA after noticing caterpillars on trees.

Since the gypsy moth find and enactment of the temporary quarantine, the MDA treated the area on three separate occasions in May to eradicate the insects.

The Department will monitor the area this summer using small, triangle-shaped traps made of cardboard. The traps contain a pheromone to lure in male gypsy moths. This process will confirm the effectiveness of the treatments.

Now that the quarantine has been lifted, trees may be pruned and all branches and woody material can be disposed of through the city’s yard waste collection.

Gypsy moths have caused millions of dollars in damage to forests in the eastern United States. The moths are common in Wisconsin and are now threatening Minnesota.

If present in large numbers, gypsy moth caterpillars can defoliate large sections of forest. They feed on over 300 different types of trees and shrubs. ■

Tepco to scrap another nuclear plant in Fukushima