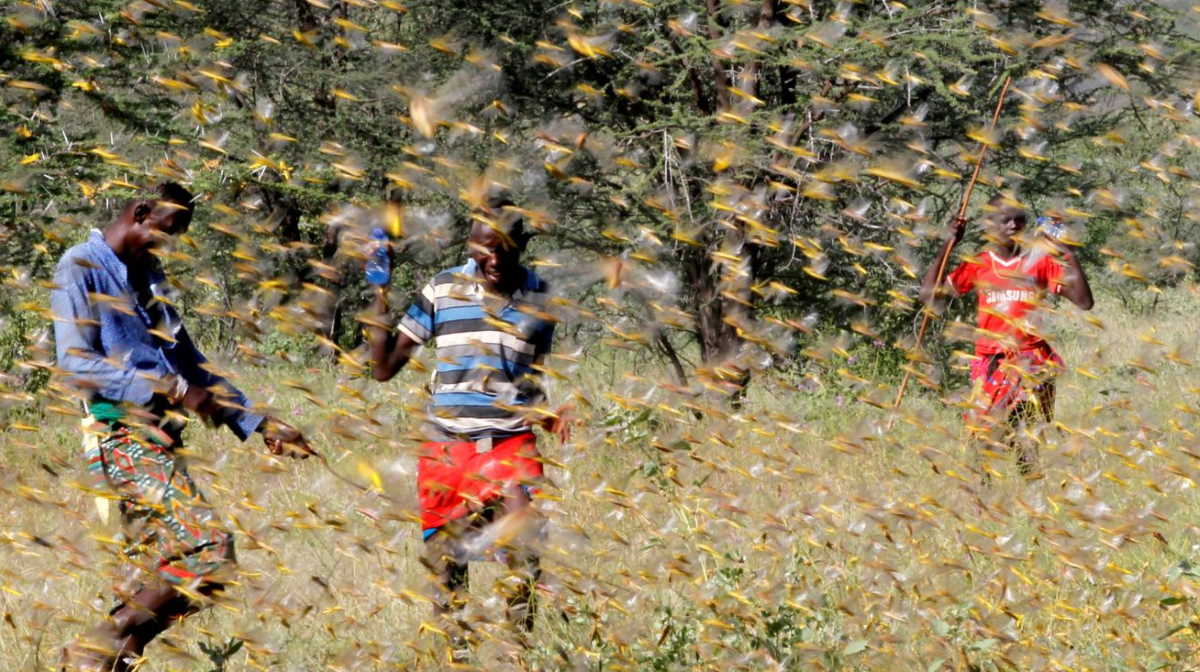 Food in Africa   Locusts Uganda
Locust plagues occur intermittently in the Horn of Africa, but this invasion is the worst in 25 years, according to the UN Food and Agriculture Organization (FAO). Originating at the India-Pakistan border, the locusts migrated into Somalia and Ethiopia and destroyed nearly 71,000 hectares of farmland in the two countries.

The UN has warned of a “significant and extremely dangerous” escalation in the number of desert locusts descending on the region. The FAO said the locusts can live for up to five months, depending on the weather and local conditions. They can lay eggs that hatch after two weeks, with the locusts maturing to adulthood in two to four months on average.

Ugandan Prime Minister Ruhakana Rugunda said pesticides have been secured and spray planes will be used to exterminate the locusts and the expectation is that the situation will be contained.

John Martin Owor, commissioner in the Department of Relief, Disaster Preparedness and Management of the Uganda Office of the Prime Minister, said the locusts entered Uganda via northwest Pokot district in Kenya, where they had destroyed hundreds of acres of vegetation and have started destroying vegetation in Uganda.

He said two air spray planes have been hired and a team of Uganda Wildlife Authority wardens will assist officials from the Ministry of Agriculture in spraying the locusts. ■