Locusts damage over 1,100 hectares of crops in Nepal

Christian Fernsby ▼ | July 5, 2020
Locusts that entered Nepal from India last week have damaged over 1,100 hectares of crops in the country. 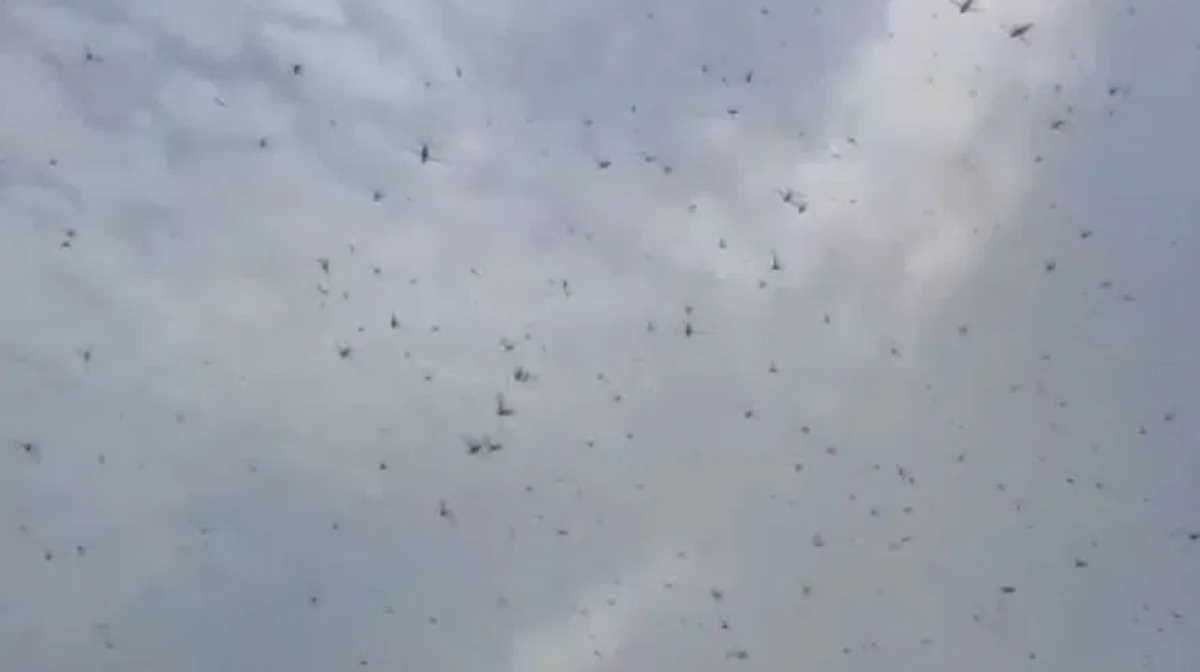 Hectares   Locusts enter Nepal
According to the Plant Quarantine and Pesticide Management Centre (PQPMC) under the Ministry of Agriculture and Livestock Development, the attack by swarms of locusts has resulted in crop damage of 1,118 hectares of land.

"Though the damage is considerably low, the locusts have dominantly damaged crops of five districts in Nepal," said Ram Krishna Subedi, coordinator at the Locust Information Center at PQPMC.

"They have not been causing additional damage to the crops in other places of the country because most of them have scattered from their original swarms."

The locusts had caused damage to crops in 580 hectares land in Dang, followed by 283 hectares damage in Pyuthan. Districts like Makwanpur, Arghakhanchi and Palpa sustained crop damage in 105, 100 and 50 hectares of land, respectively.

Locusts were spotted in 52 districts of Nepal but due to their relatively small size, the Nepali government has said that they have caused little damage.

"They are continuously heading towards West and are very unlikely to cause further damage to the crops," said Sahadev Prasad Humagain, chief at the PQPMC.

Locusts have reportedly attacked crops like maize, rice seedbed, vegetables, and soybeans, among other. Farmers in Nepal have been using noise and smoke to disperse them.

Locusts were present in Dang, Pyuthan, Rolpa, Rukum, Salyan and Surkhet districts but very minimal damage has been reported there. Humagain who is also the coordinator of the Locusts Prevention and Management Taskforce formed by the Nepali government said that the number of districts in which locusts had ravaged is not on rise.

Meanwhile, the Nepali government has directed PQPMC, provincial and local governments to activate their available manpower and resources to control the spread of locusts. ■