Staff Writer | June 28, 2018
Istanbul on Wednesday began hosting a two-day meeting to boost collaboration in the fight against animal diseases in Asia. 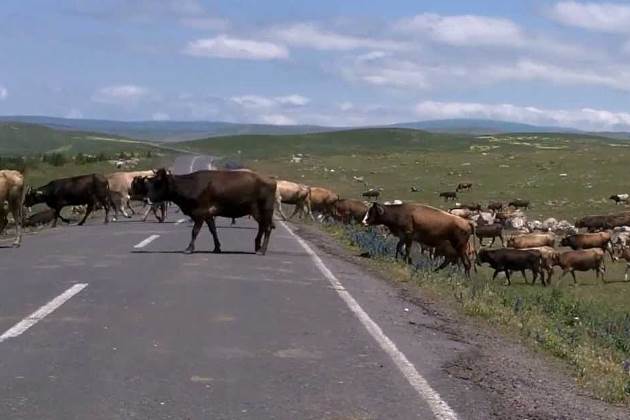 Asia   Livestock plays a major role in economic growth
"In parts of Asia, where animal transport often happens quickly through unregulated and remote border areas, animal diseases are especially difficult to control," said the UN’s Food and Agriculture Organization (FAO) in a statement.

It added: "Because of this, and because livestock plays a major role in economic growth in the region, it is important to address animal diseases that have the potential to impact livelihoods throughout Central, Southern, and Western Asia."

During the two-day meeting, chief veterinary officers and other experts from the governments of Afghanistan, Iran, Pakistan, Tajikistan, and Uzbekistan will meet, the statement said.

If some animal diseases aren't controlled, they may cause food shortages and poverty, it added.

Tomio Shichiri, the FAO's representative in Afghanistan, said: “Together, we can build resilience to climate-related and other shocks to animal health by coordinating between the countries where these animals freely travel.” ■

McLaren 600LT is next chapter in Longtail story