Industry not happy with neonics bee study they funded

Staff Writer | July 3, 2017
Results from the first pan-European field study of neonicotinoid insecticides add to evidence that the controversial compounds are harming bees and pollinating insects. 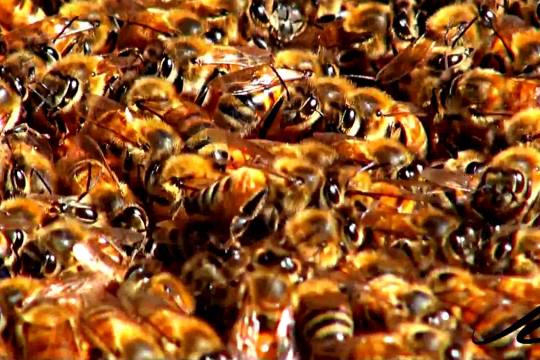 Pollinators   Widespread contamination of the environment
The study was led by the Centre for Ecology and Hydrology (CEH) and was published in the journal Science.

Researchers in the UK, Hungary and Germany looked at the health of honeybees and wild bees exposed to oilseed rape crops treated with two neonicotinoids (Bayer’s clothianidin and Syngenta’s thiamethoxam).

They found that exposure to treated crops reduced the overwintering success of honeybees in Hungary and the UK (where honeybee colony survival was generally very low, but lowest where bees fed on clothianidin-treated oilseed rape in the previous year), though no noticeable effects were recorded in Germany.

The researchers also found lower reproductive success (lower numbers of queens in bumblebees and egg production in red mason bees), associated with higher levels of neonicotinoid residues in the nests of wild bee species across all three countries.

The CEH study was funded by the National Environment Research Council (NERC), and by neonicotinoid manufacturers Bayer CropScience and Syngenta.

Assessing the findings, Prof. David Goulson, who has done work on honeybees and neonics at the University of Sussex, said, “Exposure of bees [in this study] was entirely field-realistic; indeed, farmers simply followed normal farming practice.

“The findings are in agreement with a number of earlier studies; field exposure to neonicotinoids has clear negative impacts on bumblebees and solitary bees. Effects on honeybees were also predominantly negative but more variable.

“Interestingly, analysis of residues of neonicotinoids in bee nests suggests that much bee exposure was not from the treated crop adjacent to the colony but was coming from other sources in the landscape, suggesting widespread contamination of the environment.

“For example, the neonicotinoid imidacloprid was frequently detected in bee nests but was not used on the farms in the year of the study. This is in accordance with previous studies showing that neonicotinoids are persistent in soils and frequently contaminate wildflowers.

“In the light of this new study, continuing to claim that use of neonicotinoids in farming does not harm bees is no longer a tenable position.” ■

Qatar given 48 more hours to respond to demands