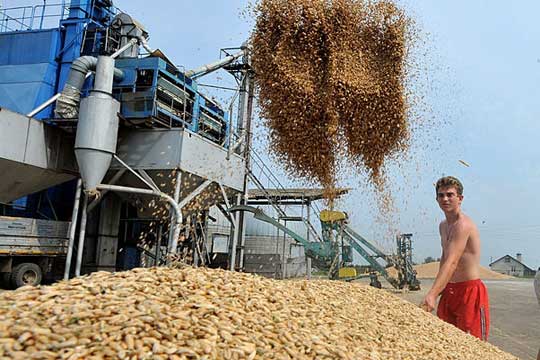 Harvest   8.4 million tonnes of grain
Belarusian Agriculture and Food Minister Leonid Zayats made the statement during his working trip to Gomel Oblast on 22 July, BelTA has learned.

“There is no doubt we will be able to accomplish the task. Besides, we will get a certain amount of grain for export,” he said.

As of July 22, about 9% of the lands under cereals and leguminous crops was harvested in Belarus. The total grain yield stood at 660,000 tonnes, with the average yield per hectare at 32.5 centners, 4.5 centners up from 2015. Gomel Oblast agricultural enterprises are the leaders of this year's harvesting campaign, with one third of the grain fields processed in Gomel Oblast. ■