Germany purchased largest ever volume of fruit from Spain 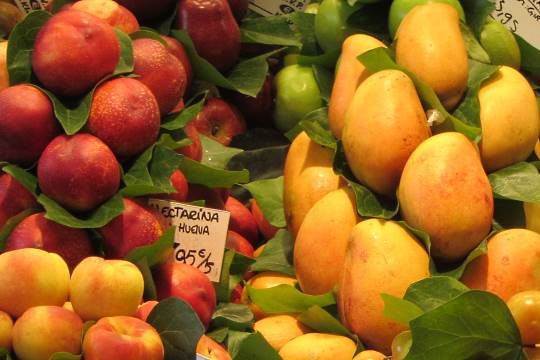 Food trade   Hortoinfo:
Thi is according to data processed by Hortoinfo and supplied by the statistical service Estacom (Icex-Tax Agency), with code 08 of the Tariff Integrated of the European Communities (TARIC).

The fruit exported this campaign (between 1 September 2016 and 31 August 2017) has reached a value of 8,286.16 million Euro, the highest figure ever, even though prices have been lower than in the previous season. The total volume exported was 7,813.53 million kilos.

The average price in this campaign was 1.060 Euro per kilo of fruit exported.

Sweet oranges were the most exported fruit during the campaign, with a total of 1,231.31 million kilos, followed by clementines (930.19 million kilos) and watermelons (749.84 million kilos).

As already pointed out, Germany has been the biggest buyer of Spanish fruit in the latest campaign, with a volume totalling 1,988.37 million kilos and a value of 2,069.4 million Euro, paying an average price of 1.041 Euro per kilo.

It is followed by the United Kingdom, which in this past campaign bought 725.33 million kilos from Spain worth 996.41 million Euro, thus paying an average price of 1.374 Euro per kilo.

The fourth country in the ranking of largest importers of Spanish fruits has been Italy, with 582.31 million kilos, 638.95 million Euro and an average price of 1.097 Euro per kilo.