Christian Fernsby ▼ | October 14, 2020
The Florida Department of Agriculture and Consumer Services (FDACS) has positively identified the presence of the horntail snail (Macrochlamys indica) in Miami-Dade County. 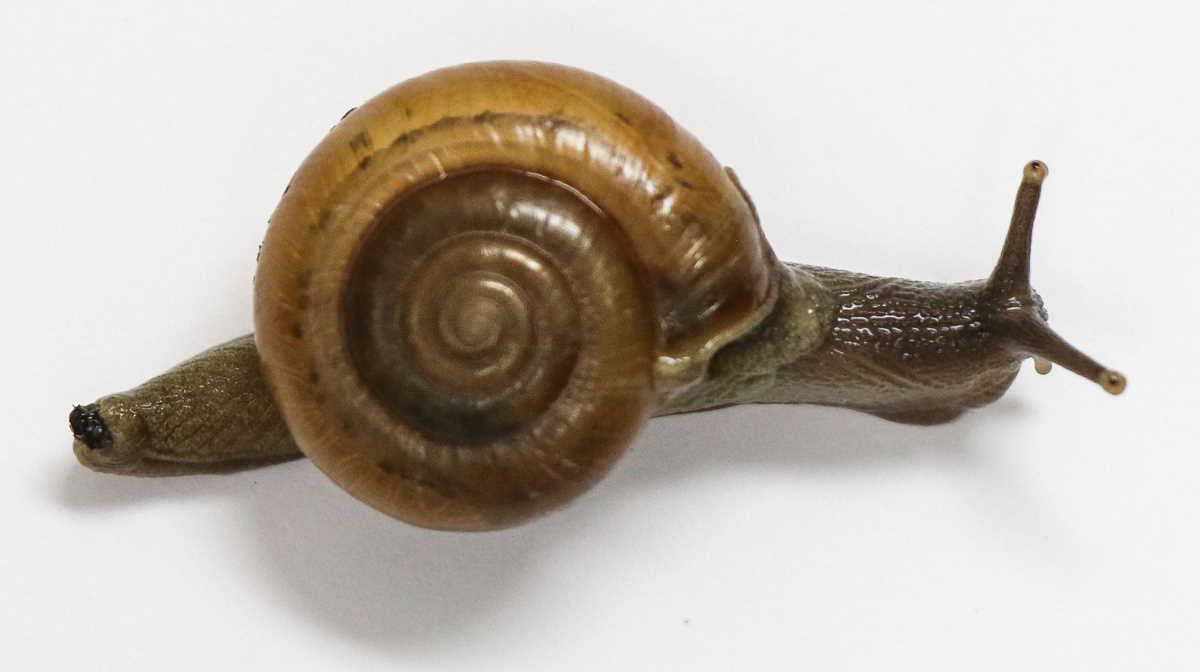 Florida   Horntail snail
The snail was discovered by a gastropod enthusiast in Coconut Grove who sent the unusual snail to the University of Florida (UF) for identification. This is the first time this snail has been found in the United States.

“The horntail snail is an invasive pest with the potential to cause serious health implications for Floridians,” stated Commissioner Fried. “Our Division of Plant Industry and essential industry partners are continuing to monitor this threat and working towards a plan to stop the horntail snail’s spread into other areas of Florida.”

The identity of the invasive snail was confirmed by UF and subsequently by the U.S. Department of Agriculture’s Animal and Plant Health Inspection Service (USDA-APHIS) and the FDACS Division of Plant Industry (DPI). A program to survey, control, and eradicate this federally regulated pest was immediately put into action to stop the spread of this pest.

As a result of FDACS-DPI’s investigative inspections, multiple positive sites have been discovered in Miami-Dade County. Currently, FDACS-DPI is treating all properties within the affected areas and continues to trace the origin and forward movement of the snail to stop the spread of this significant pest and protect Florida’s agriculture industry.

The horntail snail is a well-known pest in India, and feeds on a wide variety of commercial crops, including lettuce, beans, yams, chrysanthemums, etc. They are voracious feeders, most active at night and after rainfall. The snail has a delicate amber-colored shell which measures about the size of a dime.

The horntail snail is named for the pointed fleshy protrusion (caudal horn) at the tip of its tail. When relaxed, the horntail snail has a flap of flesh that extends backward onto or around the shell, which differentiates it from other terrestrial snails in the state. The snail prefers cool damp locations, so may be found under pots or in moist soil. During dry, hot weather, they may burrow in the ground.

As with other terrestrial snails in Florida, the horntail snail has the potential to be an intermediate host of rat lung worm, which can cause meningitis in humans. Gloves are advised when handling the snail. ■