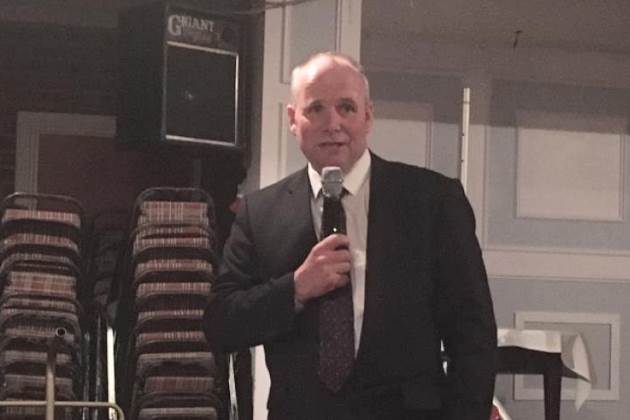 Ireland   IFA national sheep chairman Sean Dennehy
He said the decision was taken without consultation and will cost sheep farmer €2m per year, or €14m over the lifetime of Food Wise 2025.

Following a meeting with the Minister, the IFA Sheep Committee has made a detailed submission to the Minister on the issue.

In line with the Department of Agriculture proposal in 2015, IFA is proposing that it should not be necessary to extend EID to sheep that go from the farm of origin directly to slaughter. This is provided for in the EU regulation (EC) No 21/2004 under Article 4.

IFA is proposing that the date for the introduction of EID be deferred from October 2018 as this timing is unsuitable for the lamb trade and does not provide an adequate timeframe to get the necessary arrangements in place and allow farmers to use existing tag supplies.

With the CPR’s, the Department must guarantee that factories and marts will provide farmers selling sheep with a 100% accurate printout of their sheep numbers and tag readings, which will be fully compliment with the Department of Agriculture cross compliance requirements for sheep ID.

There is considerable concern over the accuracy of EID readings and IFA is demanding that the Department increase the necessary cross compliance tolerances and reduce penalties on sheep EID to ensure there are no disadvantages or extra penalties for farmers under EID.

IFA is demanding that the Minister instruct the meat factories to abolish the non-statutory scrapie and SRM charges imposed on sheep farmers at the factories.

IFA is proposing the introduction of an additional targeted environmental measure for the sheep sector under the RDP programme, which would provide a payment worth €5 per ewe, financed from the underspend of €5m in the Sheep Welfare Scheme and an additional €5m of national funding ■

Poland not to lose on U.S. tariffs