Christian Fernsby ▼ | August 3, 2020
Large numbers of desert locust swarms that have formed in Horn of Africa (HoA), mainly Ethiopia and Kenya, since January 2020 could move west in the coming weeks, threatening fields, pastures and livelihoods in West Africa. 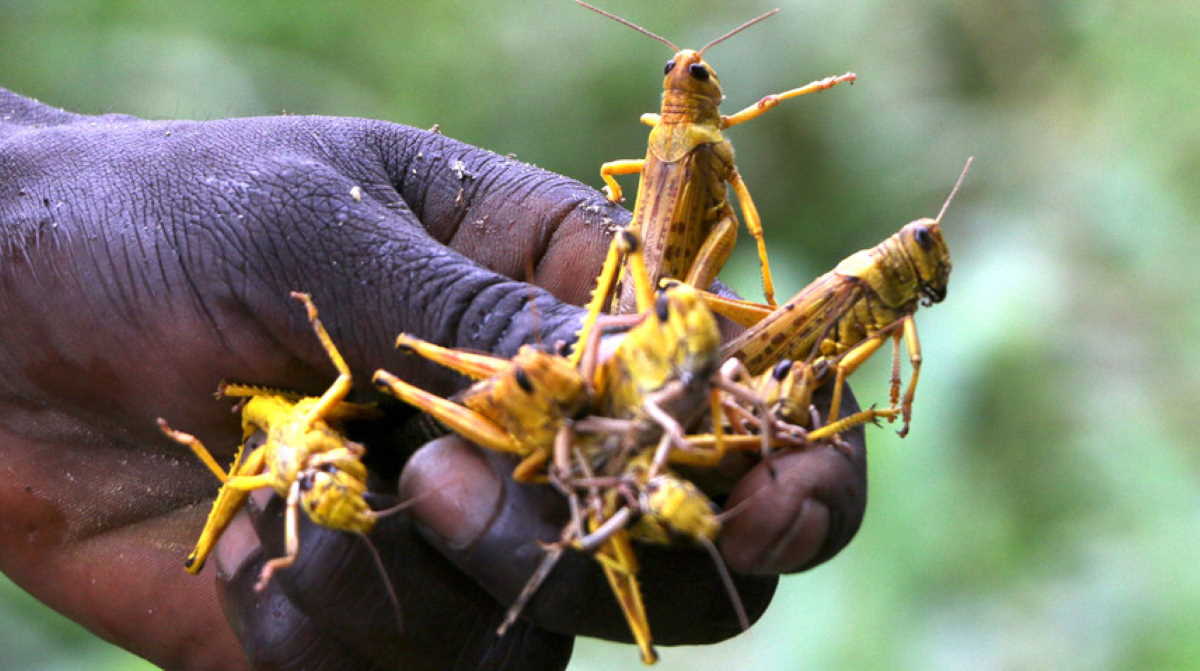 FAO   Desert locust
The FAO, which noted the full extent of the desert locust swarm warning, stressed its latest situation update on Sunday that national surveillance operations are in full swing, and control measures are ready because of the major early warning and rapid response effort coordinated by FAO.

"We have witnessed the unprecedented desert locust threat to food security and livelihoods in East Africa, and we are doing everything we can to prevent a similar crisis repeating in the Sahel region, which is already experiencing several ongoing crises," a FAO statement read.

According to FAO's desert locust watch, swarms that bred in spring in East Africa are now shifting to the summer breeding areas, and countries west of the HoA should remain on high alert.

The FAO also noted that most of the swarms in northwest Kenya are expected to ride winds carrying them north to cross South Sudan into Sudan.

"Unless it rains more in Sudan's desert, providing favorable breeding conditions for the pests, the locusts will not stay in Sudan for long and would instead move west through the Sahel of West Africa in search of food and favorable breeding areas," it added.

Earlier this week, the FAO had warned that the East Africa region is facing an unprecedented triple food security threat caused by the combined effects of recent severe floods, the ongoing coronavirus pandemic and the upsurge of desert locusts.

The FAO, in a joint position statement issued together with the Intergovernmental Authority on Development (IGAD) and the World Food Programme (WFP) on late Tuesday, stressed that "urgent action is required to prevent a major food crisis in Eastern Africa."

It emphasized that there is an increased risk of below-average rains during the upcoming October to December season, which could further threaten food security and livelihoods across the region.

According to FAO, even before these current challenges, Eastern Africa was considered among the most food insecure regions of the world, with nearly 28 million people in food insecurity crisis in 2019, or 20 percent of the total severely food insecure population across the world.

The IGAD region is also one of the world's leading sources and hosts of internally displaced persons and refugees and asylum seekers who, due to limited livelihood opportunities and degraded coping mechanisms, are particularly vulnerable to food insecurity and malnutrition, according to the FAO.

The FAO, which has been working closely with countries at risk in the region to coordinate a major preparation campaign in case the worst happens, also on Sunday stressed that national contingency plans are now activated.

The desert locust, which is considered as the "most dangerous of the nearly one dozen species of locusts," is a major food security peril in desert areas across 20 countries, stretching from west Africa all the way to India, covering nearly 16 million square kilometers, according to the FAO.

According to the FAO, the desert locust is "the most destructive migratory pest in the world," in which a single swarm covering 1 square km contains up to 80 million locusts and can eat the same amount of food in one day as about 35,000 people.