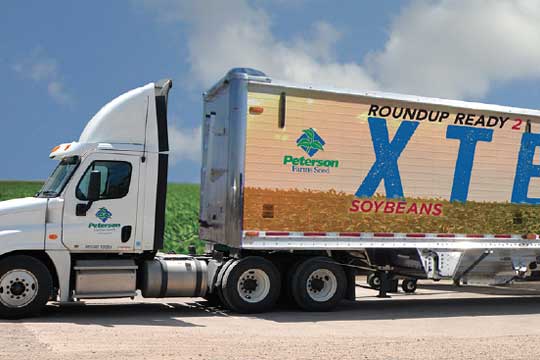 After China   15 million U.S. soy acres
This allows for the import and food/feed use of Roundup Ready 2 Xtend soybeans into the European Union.

With both the EU and Chinese import approvals and the U.S. Environmental Protection Agency (EPA) in the final stages of review for over-the-top use, Monsanto can now look forward to a full system launch in the United States in 2017 and continues to be in a strong position to supply roughly 15 million U.S. soy acres when the selling season arrives.

“Farmers are telling us they’re looking forward to the benefits of the full Xtend Crop System, including over-the-top use of dicamba and glyphosate. We’re excited to give Canadian growers this opportunity in 2017, along with US growers pending final EPA approval.”

This new dicamba-tolerant trait is stacked with the current Genuity Roundup Ready 2 Yield soybean trait technology, which offers farmers the highest yield opportunity with more beans per pod and more bushels per acre. ■

Dubai to promote use of hybrid vehicles