Staff Writer | December 1, 2017
Sabah Chief Minister of Malaysia Musa Aman called for a halt to the campaign against the oil palm industry by members of the European Union (EU), saying the state government had taken steps to ensure that the industry remained sustainable. 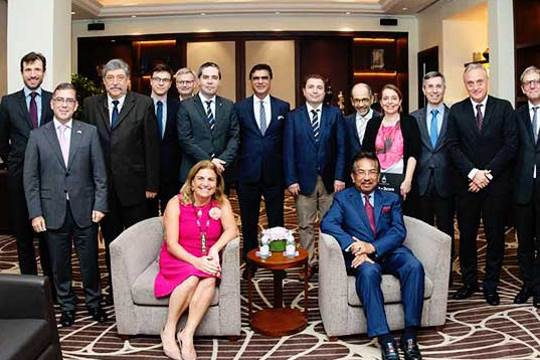 Food trade   The RSPO is a not-for-profit organisation
Speaking during a courtesy call by a delegation of EU ambassadors at Kota Kinabalu, he said the Sabah government had launched a programme in 2015 to have all crude palm oil produced in the state certified sustainable palm oil (CSPO).

Sabah also had the support of the Roundtable on Sustainable Palm Oil (RSPO) as a guide in the CSPO process, he added.

“So I sincerely hope that the EU member countries can keep an open mind on this matter,” he said.

The RSPO is a not-for-profit organisation that unites stakeholders from oil palm producers, processors or traders, consumer goods manufacturers, retailers, banks/investors, and environmental and social NGOs, to develop and implement global standards for sustainable palm oil.

Malaysia has been ramping up its defence of the palm oil industry amid concerns on sustainability.

This followed a resolution passed by the EU in April, calling for tougher environmental standards for palm oil. ■