Staff Writer | July 7, 2016
The recent surge in EU pig prices which began at the end of April continues unabated, according to AHDB Pork. 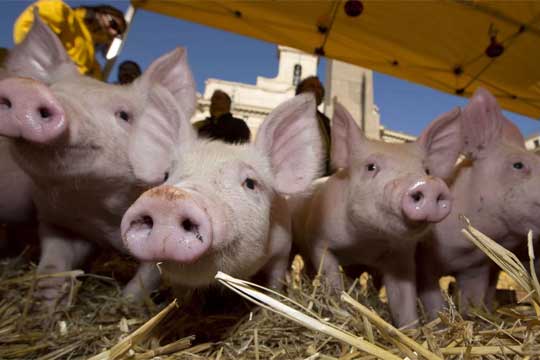 Meat prices   There are reports of tighter supplies
Noting that EU prices for the week ended June 26 were at their highest level since September 2014, AHDB Pork said the stronger market was being driven by a combination of supply and demand factors.

“There are reports of tighter supplies in several Member States, which have occurred earlier than previously forecast,” it said. “At the same time, domestic demand has been boosted by the onset of the barbecue season in northern Europe and the tourist season further south.

“In addition, more holidaymakers are reportedly choosing to stay in Europe this year, rather than risk venturing further afield to North Africa or Turkey.

All of the EU’s major producers are reported to have benefitted from the rising market with the latest four weeks showing the sharpest rises in the Netherlands and Spain.

“The upward momentum of the EU market meant that the EU average price moved above the UK reference price in the latest week, for the first time since August 2013,” said AHDB Pork. ■