Staff Writer | May 23, 2018
Nigeria, with an annual population growth rate of 2.3 per cent and an estimated 450 million people by the year 2050, need to address the challenge of food insecurity by government at all levels. 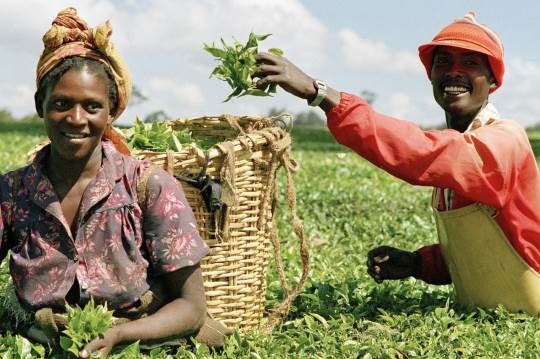 Africa   Nigeria experiences seasonal food challenges
The challenges of food security resulting from climate change, inadequate infrastructure and poor agricultural practices could be seen from the declining number of fish in the Niger Delta, underweight cattle in the North and inadequate rice, wheat and vegetables.

In Nigeria, and indeed all over the globe, seasons are shifting, temperatures are rising, landscapes are changing and sea levels are soaring. All these pose a great threat to food security, which should not be taken for granted by government at all levels.

Director, Public Policy Initiative of the foundation, Amara Nwankpa, explained: “The country experiences seasonal food challenges, there is food crisis in the Northeast as a result of insurgency and 14 million Nigerians are actually undernourished.

“There is the possibility that food security challenge could get worse because our population grows at 2.3 per cent every year. The fear is that by 2050, there will be 450 Nigerians.

In his presentation, President, African Development Bank (AfDB), Akinwunmi Adesina, noted that in spite of an abundance in human resources, Africa has become a mere importer of food.

He pointed out that the annual food import of $45 billion has been estimated to rise to $110 billion by 2025 if the current trend continued.

“The African Development Bank is supporting the Shehu Yar’Adua Foundation in its advocacy to raise awareness about the impact of climate change on agriculture and the critical need to exploit opportunities and solutions to Africa’s food challenges,” he said.

Speaking, Head of Delegation of EU to Nigeria and ECOWAS, Ketil Karlsen, noted that the documentary was a strong analysis of the challenges of providing sufficient food for Nigerians now and in future. ■