Staff Writer | July 6, 2016
Spain is the world's largest exporter of melons and the main supplier of this fruit in the European Union (EU), way ahead of other competitors. 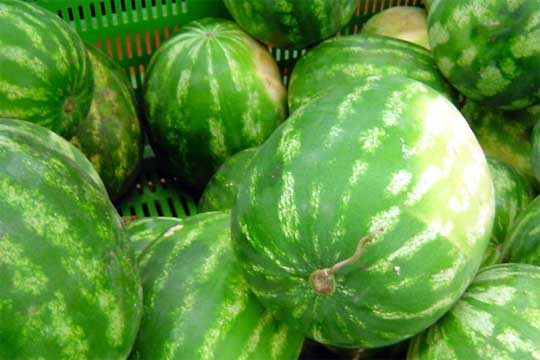 Food trade   Murcia exports more than half of all Spanish melons
This is according to data corresponding to 2015 supplied by the Statistics Division of the United Nations (UN) COMTRADE, and the statistical service Eurostacom.

Murcia exports more than half of all Spanish melons, with almost 100% of the sales going to the EU.

In terms of volume, Murcia alone would stand in second place in the world ranking of the largest exporters of melons, behind Guatemala, a country which in 2015 exported 392.71 million kilos of melons, compared to the 230.49 million kilos shipped by Murcia.

The most important province when it comes to the export of melons was Murcia, which sold 98.58 percent of its production within the European Union.

Globally, the main customer for Costa Rican melons was the United States, which imported 63.33 million kilos. The Netherlands followed with 35.73 million kilos, while 16.53 million kilos were sold to the UK, 4.57 to Italy and 4.16 to Belgium.

Morocco allocates almost all of its melons for export to the EU. Globally, it exported 44.39 million kilos, 43.41 of which went to the EU. France purchased 30 million kilos, another 4.08 million went to Spain, 1.81 were shipped to Mauritania, 1.24 to Portugal and 1.03 million kilos to Italy.

Honduras, the fourth largest exporter of melons, with 219.11 million kilos, is the sixth largest supplier of the European Union, to which it sold 36.6 million kilos of this fruit.

Globally, the main customer for Honduras was the United States, with purchases totalling 166.81 million kilos, followed by the Netherlands with 18.09 million, the UK with 15.49, El Salvador with 8.4 and the UAE, with a total of 1.91 million kilos of melons. ■

China calls for fair treatment of its companies in takeovers