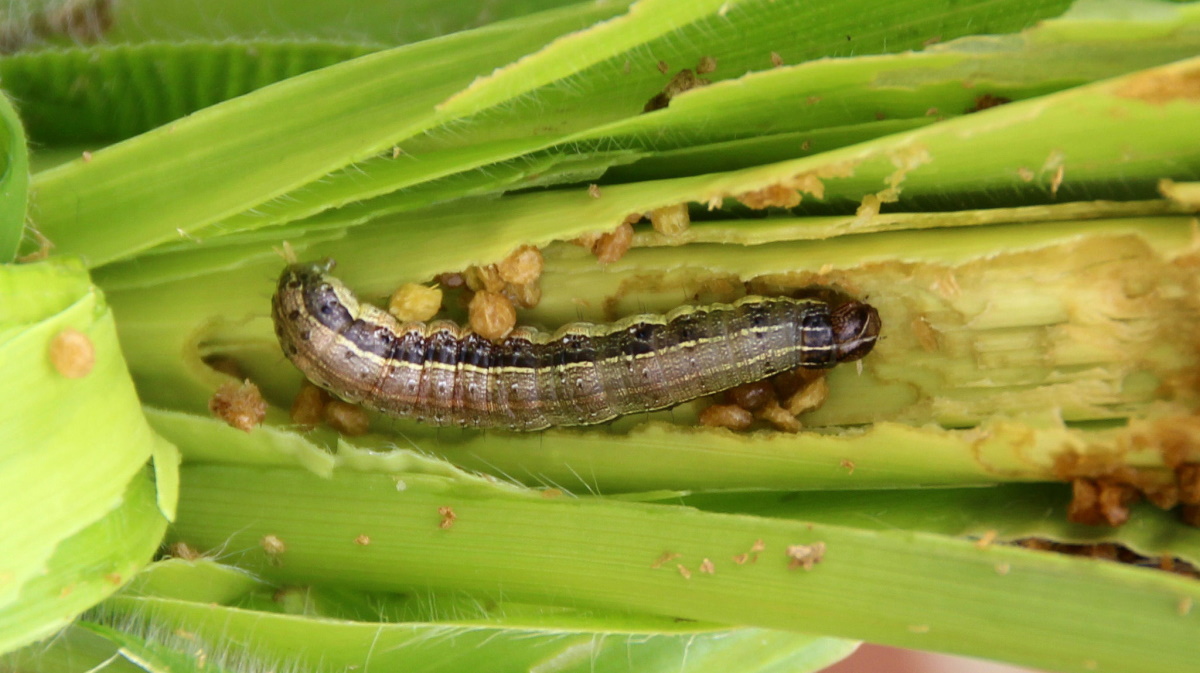 “Biosecurity Queensland has proposed a response plan that is being considered by the national Consultative Committee on Emergency Plant Pests.

“Surveillance for fall armyworm will commence on the Atherton Tablelands, wet tropics, Port Douglas, Mossman and Cairns regions this week.”

Mr Ashton said fall armyworm was an invasive moth pest that feeds in large numbers on more than 350 plant species.

“They are most active during late summer and early autumn months, but may be active year-round in tropical areas.

“Growers should have on-farm biosecurity measures in place to protect their crops from pests and diseases.”

“As they develop, they become browner with white lengthwise stripes and also develop dark spots with spines,” Mr Ashton said.

“Adult moths are 32 to 40mm in length wing tip to wing tip, with a brown or grey forewing and a white hind wing.

“Male fall armyworm adults have more patterns and a distinct white spot on each of their forewings. ■