Staff Writer | November 10, 2016
The food safety investigation into a case of bovine tuberculosis that was found in an Alberta cow now extends into Saskatchewan. 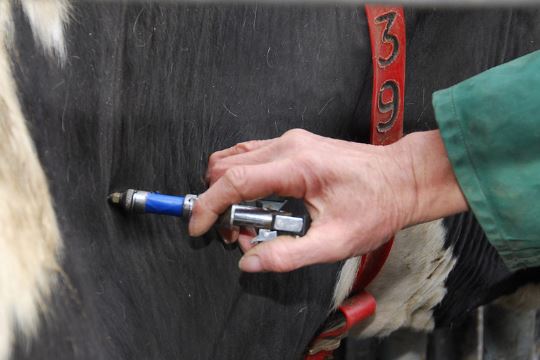 Chad MacPherson, spokesman for the Saskatchewan Stock Growers Association, says it’s not a new instance of the contagious bacterial disease.

He says a ranch in Saskatchewan’s southwest was placed under quarantine based on a trace-out from the farm in Alberta where the infected cow was from.

Last week, the CFIA warned that more ranches could be placed under quarantine and suggested the process of testing cattle and tracing where the animals have lived is expected to take months. ■